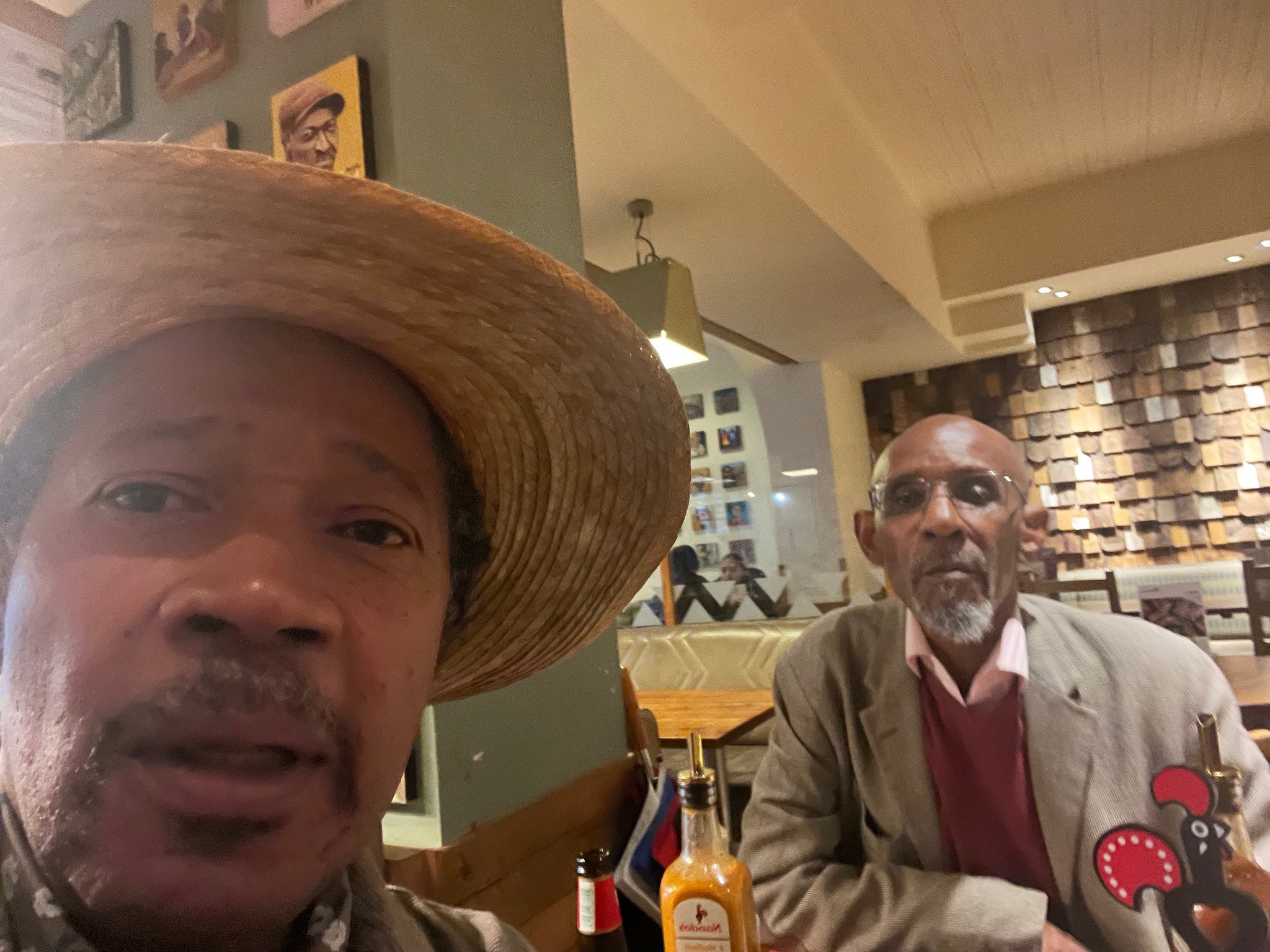 The founding member of dub poetry in Canada, alongside Lillian Allen, has been on a tear for the last year with a blistering flurry of activity: coming out of the “pandemic”,

He released his new CD “Shots On Eglinton”, a combination of old, new and found sounds! Of his best-est works; performed at multiple venues around Toronto and in Montreal and Peterborough; had a very successful launch of his new CD in Toronto; then went on a 6/six-week tour of Tanta and Cairo, Egypt; Paris, France; London(where he also met up with dub poetry icon Linton Kwesi Johnson!), Wales and Southampton in the U.K.; and Berlin, Germany, where he also delivered a stunning performance and a stinging 2/hour workshop on the role of poets and artists in this new dispensation, in an opening exhibition honouring the 50th/fiftieth anniversary of the publication of Walter Rodney’s groundbreaking book “How Europe Underdeveloped Africa”! Not one to rest on laurels, Dubzz/poet/at-large Clifton Joseph has been “going on and on til the break of dawn”: he has a newly-released single, 45/rpm-vinyl “Subtarrenean Dub”, produced by Local 254; is releasing a “Box-Set” Catalogue of his recorded and published works; has started a programme where people can invite the poet to them, for personal performances, workshops and classes; and further: has pending performances in Toronto, Montreal, Halifax and Vancouver! You can find out more and contact him at his website: cliftonjoseph dot com.